"The Romtex as a maternal option offers very good lamb production, with high yields and good lamb survival, utilising the Paki-iti Romney base."

The main benefit of the Romtex breed is its growth and meat. The table below shows the benefits of the Paki-iti Romtex’s performance compared to the rest of New Zealand’s maternal ram hoggets. (Numbers are cents above the base) 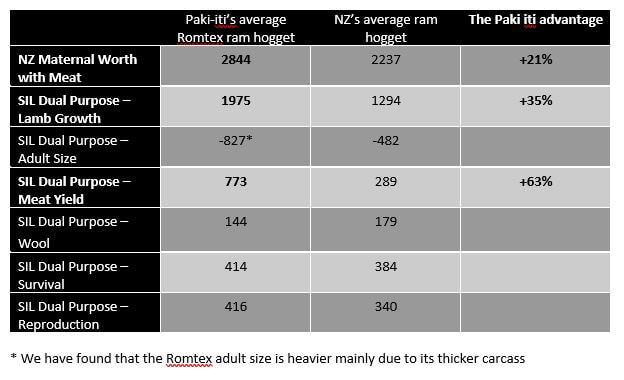 Mate Romtex rams over Romney ewes, retaining ¾ Romney/ ¼ Texel ewe replacements to either go back to a Romney ram or Romtex ram.

Mate Romtex rams over a ‘B’ selection of Romney ewes, with ¾ Romney/ ¼ Texel ewe replacements going into the terminal mob, to be mated to a Suftex or Suffolk.  Resulting progeny will be 38% Texel if using a Suftex. 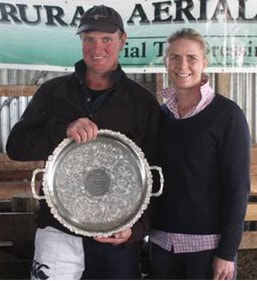 Photo: Hawkes Bay Today
Greenhill Station, Hawke's Bay - Tararua Sheep and Beef Farm Business of the Year 2018
​Simon and Elle Joblin have been using Paki-iti Romtex’s over the past four years looking to put hardiness and 'do ability' into their existing flock.  Their main driver is lamb production.  They see the Romtex adding extra yield allowing them to kill lambs at lighter weights, but still targeting 18 -20kg. The lambs have been growing at 320 g/day while on mum and 170g/day after weaning on the hills. Scanning percentages are lifting to 174% this year, targeting 150% lambing.
Stewart Morton
06 3285772
027 4453 110